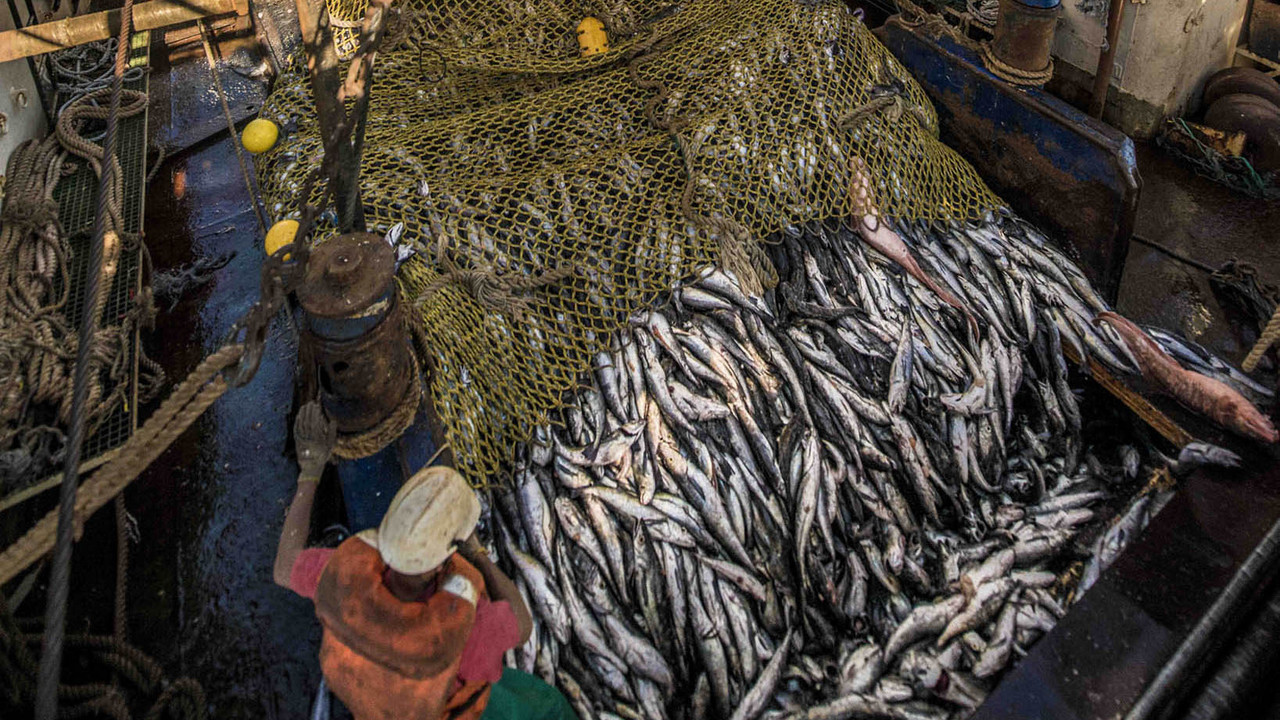 Posted at 11:10h in General News by breakwater_admin
Share

According to National Geographic, fishers remove more than 77 billion kilograms of wildlife from the sea each year; many scientists fear that if they continue to do so at this rate, it will soon result in a collapse of the world’s fish populations.

In South Africa, we consume 312 million kilograms of fish each year, with half of that being locally caught, according to the South African Sustainable Seafood Initiative (Sassi). Seventy percent of that tonnage is hake and sardines.

The South African Deep Sea Trawling Industry Association says that 95% of its catch is landed in the Western Cape, with annual hake catches alone in the region of 145 000 tonnes per year. Annual sales from this industry exceed R5.4-billion, with total foreign exchange earnings of R3.5-billion. The industry employs more than 6 600 people, with a total wage bill of R931-million per year. The hake trawl fishery sector creates 65 jobs for every 1 000 tonnes landed. Whichever way you look at it, fishing is big business, it creates jobs, and it is a nutritious food source for many South Africans.

The intensification of seafood consumption over the last few decades has resulted in a dramatic increase in the amount of fish removed from the oceans. For some South Africans marine resources are their livelihoods, their everyday “bread and butter”, while for others seafood has become ultra-trendy to eat, a healthy choice, the ultimate natural option and an apparently guilt-free choice for the health-conscious and discerning consumer.

Amid this seafood appetite explosion, a quarter of all fisheries are now classified as overfished or depleted, and half of the remaining global fisheries are being intensively fished. Overfishing, and its associated environmental impacts, is our biggest global environmental challenge alongside the climate change that we currently face. In South Africa, almost 80% of our line fish species are considered overexploited or collapsed, according to Sassi.

Fishing is an expensive business, and it is clearly in the interests of those doing so to catch as many as they can per trip onto the ocean. However, this means that with large numbers decimated in a single outing, often with the consequence is that fish cannot reproduce at a pace quick enough to replace their numbers. This is why the world’s population of Bluefin tuna, so popular among sushi fans, sits at around 25% of its population 45 years ago.

Overfishing is not the only practice that makes extracting fish from the ocean unsustainable — many other species such as birds, sea turtles and unwanted fish get caught at the same time. Known as “bycatch”, species caught by accident are usually discarded as waste, having died unnecessarily and often in pain.

Trawling is even worse than line or net fishing; it stirs up and damages the seabed, impacting creatures that live there without any regard. It also damages coral beds, destroying the habitats of thousands of creatures.

There are other threats to fish populations too, that have very little to do with fishermen. Along the South African coast, fish stocks face the threat of bulk sediment marine mining. Saul Roux, legal campaigner for the Centre for Environmental Rights, says that currently more than 150 000km of South Africa’s Exclusive Economic Zone is under application for prospecting rights. There is growing concern that there would be a major negative impact on South Africa’s fishing industry and the marine economy if these are converted to mining rights. Roux said that a coalition has been formed to lobby for a moratorium on this practice, of which the Responsible Fishing Alliance is a key member.

The Alliance is a non-profit body made up of like-minded organisations working together to ensure that healthy marine ecosystems underpin a robust seafood industry in southern Africa. It includes the likes of WWF South Africa, BirdLife South Africa, and five leading fishing companies including Oceana Group, I&J, Pioneer Fishing, Sea Harvest and Viking Fishing.

In order to achieve its vision of a responsible fishing industry, alliance members have invested over R3-million in support of several projects informing ecosystems-based management to better understand and mitigate the impacts of harmful fishing practices. Some of the most notable projects include supporting the work championed by BirdLife South Africa and the deep sea trawling industry on a series of projects resulting in a 90% reduction in seabird mortalities, including a remarkable reduction in the deaths of the many majestic albatross species.

The work that the alliance and many other stakeholders in the local fishing industry are doing to encourage sustainable fishing practices is being recognised globally, with the local deep sea trawling fishing sector being re-certified by the Marine Stewardship Council (MSC) earlier this year.

This is the third time South Africa’s deep-sea trawling industry has secured certification from the MSC — in 2004 it became the first hake fishery in the world to be judged by the MSC as “sustainable and well managed”. The latest certification comes after a rigorous 12-month re-assessment process during which an independent certification agency scrutinised every aspect of the fishery’s management and once again found it to comply with the MSC’s main principles. These include that the fishery is conducted in such a way that it does not lead to overfishing or a decrease in the stock; that fishing operations do not impact on the health of the marine ecos–ystem; and that fishing is managed and regulated in a responsible way.

This article was first published on the Mail & Guardian website.